Cadel Evans, an ode to difficulties

Cadel is one of those people who became a legend because of his vulnerability. But there is success even in defeat. The disappointments and successes of the Australian champion 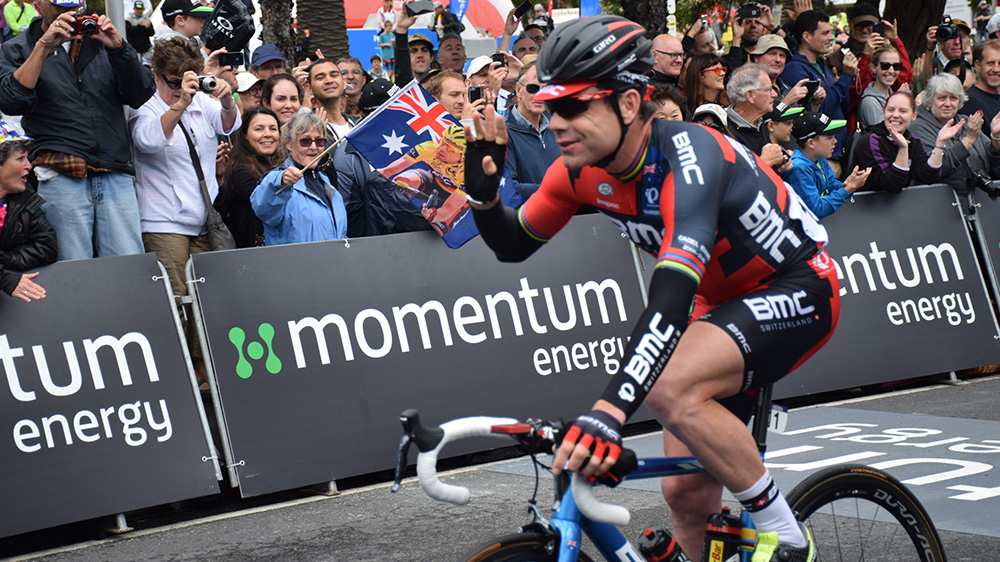 The road climbs up along the hairpin bends of the Coe Pass leading to Folgaria. Cadel Evans is visually distressed, with gloomy eyes and cement in his legs. His body can’t take anymore. He didn’t eat right, and as happens in these cases, he can’t go any further. It was 20 May 2002 and Cadel Evans was wearing the marvellous pink jersey. He was wearing it because his captain in Mapei, Stefano Garzelli, was disqualified after testing positive for Probenicid, because Gilberto Simoni’s urine showed traces of cocaine, and because Francesco Casagrande thought it would be a good idea to push John Freddy Garcia down in a sprint for the Gran Premio della Montagna. He especially had it because the day before, he arrived ahead of everyone else in Corvara in Badia. Two years earlier, Cadel Evans raced mountain bikes, winning two finals in the World Cup in 1998 and 1999. He then became the first Australian leader of the Giro d’Italia. He started the morning of 30 May with a real chance of winning that race. He was solid in the time trials and held on strong uphill, but had not reckoned with the cyclists’ worst enemy: hunger.

Why begin talking first of defeats when describing the history of a successful champion? Because there are portraits that find their best form in suffering, people who become legends because of their vulnerability. The story of Cadel Evans’ road cycling career began there, in that Giro d’Italia, before a long series of losses that preceded his victory at the UCI Road World Championships 2009 and the Tour de France in 2011. In that Giro, even though it ended badly, he demonstrated that talent is worth more than a bet. And with that, T-Mobile decided to focus efforts on him. 2003 should have been his year, but it turned out to be a year of misfortune. He fell three times and three times he broke his left clavicle bone, the same one each time. It happened first in April at the Amstel Gold Race, so he skipped the Liegi-Bastogne-Liegi, then again at the Rund um die Hainleite, and he lost out on his first Tour de France, and finally Vuelta. Fate seemed to have it out for the blue-eyed Australian. In 2004, he didn’t do the Tour and astonishingly, Australia left him out of the Athens Olympics. But his talent and tenacity did not wane. In 2006, he won the Tour de Romandie and it seems he was finally free. But ill fortune returned. In 2007, he lost the Tour by 23 seconds, right behind Alberto Contador, and in 2008, he lost by 58 seconds to Carlos Sastre.

Spain is jinxed, the tour is jinxed. But in those two years, Cadel began to shake that horrible label of race loser. That first year he made his way to the top of the rankings of the Pro Tour, also thanks to Danilo Di Luca’s disqualification for doping. In the second year, he earned the yellow jersey: he was in the lead for five days before taking second place, once again with an injured shoulder due to a fall in the ninth stage. In an interview with GQ in 2010, Evans summed up his entire philosophy in one statement: I won’t quit, on principle. I would rather die on my bike. If I start, I want to arrive [at the finish line]. Better first. But even last.” He hardly ever comes in last, because he is too strong, even when exhausted. And in 2011, he sauntered down the Champs-Élysées in his yellow jersey, raising a glass of champagne to the sky and it was as if the entire world of cycling toasted to his success along with him. He was 34 years old and suffered greatly, but he fended off the attacks of opponents who were stronger than him uphill, and snagged victory from Andy Schleck, who was eight years younger than him.

Marco Pastonesi channels this common sentiment in the Gazzetta dello Sport, the Italian sports newspaper: “Do you know why people love sports? Because there is justice in sports. Because sooner or later, in sports, justice triumphs. Because ultimately, things start to add up and ours arrives [on top], and the good guys win. Cadel Evans wins the Tour de France. And with him, cycling wins, and with him, sports win, and with him, justice wins.” Everything came full circle. Or almost. There is still one piece of this puzzle missing. In 2013, 36-year old Evans came in third in the Giro d’Italia, which Vincenzo Nibali won. He became the first Australian to grace the winner’s podium in all three of the most important cycling competitions. “Honestly, he is the only cyclist in the last 25 years whom I would put my money on. A true athlete and a good man: with values, principles, and physical and moral strength.” That is how Giorgio Squinzi, the Mapei patron who sponsored him in the hapless 2002 Giro, described him in an interview with the Gazzetta dello Sport in 2015, the day he retired. Honest, tenacious and courageous, with sincere eyes. Successful even in defeat. That is Cadel Evans.