France and Italy united by bicycles

There’s the Tour, there’s the Giro and then there’s a new race linking Paris and Modena, via Milan. Open to all comers, too 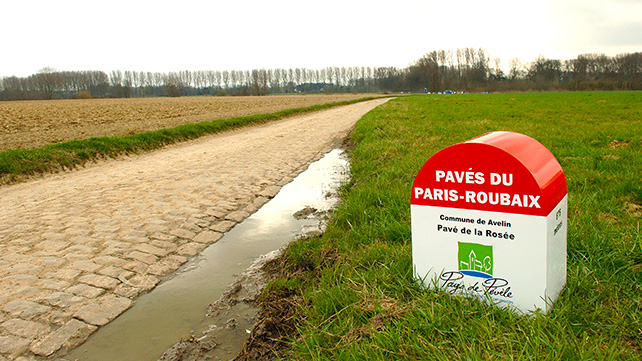 The Paris to Modena race was set up in 2014 when two important anniversaries coincided: 100 years since the foundation of the Maserati factory and the first 20 years of the French association Rêves (literally, ‘dreams’) that supports seriously ill infants, children and adolescents. As a result, bicycles have united France and Italy since 2014. Sport and charity. An event that is strictly non competitive: the only challenge posed by the Paris–Modena race is a personal one of stamina.

On the 2nd of June thirty-three participants from all over the world will set off from Paris: La Ville Lumière, where the Paris–Roubaix one-day professional race starts and where the Tour de France ends. This year, the fourth edition of the Paris-Modena will start from Disneyland Paris. Ahead of the cyclists: five gruelling days on the road, pedalling through some fabulous landscapes. The route has taken 9 months to plan by 32 members of staff and involves 19 cars and 2 motorbikes. The first stage ends in Reims, in the shadow of the cathedral spires. The second stage passes through the Champagne region. The cyclists are then flown to Italy, where the third stage starts in San Vigilio di Marebbe and sees them cycling through the Dolomites. Fantastic views, yes, but the cyclists will be on some of the roads made famous by past champions of the Giro d’Italia. Indeed, the 2017 edition of the Giro passed through here only a week or so ago. The stage ends in Bellagio, on Lake Como. On the fourth day the cyclists will arrive in Milan, with a stop at the Pirelli headquarters. Then, the final stage, from Milan to Modena and the Maserati headquarters.

The Paris–Modena is open to all comers: professional cyclists, trained athletes and simply those who enjoy cycling. The only requirements are a willingness to put oneself to the test and to pay an enrolment fee, all proceeds going to support the work of the Rêves charity. Many famous names have taken part in previous editions: Paul Belmondo the former Formula 1 racing driver, the champion skiers Manfred and Manuela Moelgg, and the Italian cycling team coach Davide Cassani. There’s a common consensus among those who have taken part in this short-stage race: what strikes them most is the willingness to give each other a hand during the various parts of the route, depending on their individual strengths. At times, a cyclist will draw up to another and ask “How are you feeling?”, and if the other cyclist says “Tired!”, then the first will start pulling him along, the other following. The sport of cycling unites leaders and followers, Paris and Modena, allowing both big and small to dream. Especially those who are struggling the most. All cyclists know it: everything is easier when you’re close on the heels of another.