Home Race From two to four wheels: the partnership between Pirelli and Lamborghini continues

From two to four wheels: the partnership between Pirelli and Lamborghini continues

Pirelli is a long-term partner of Lamborghini’s famed development scheme for young drivers, but not only will the Italian tyre firm equip the official Young Driver Programme and GT3 Junior Programme for Lamborghini, but also the bicycles on which the young athletes will train 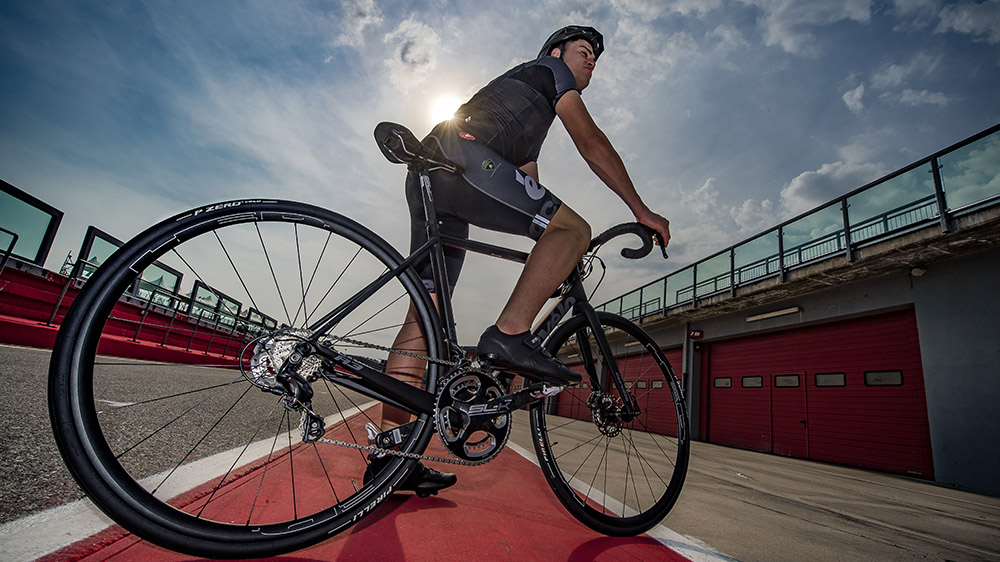 What’s the first thing that comes to mind when you think about the partnership between Pirelli and Lamborghini?  Of course, you probably think about cars at the cutting edge of technology that can streak along serenely, running on tyres that combine maximum performance with complete safety.

Or maybe you think about expert drivers who lay it all on the line with their pit stop strategies on the dazzling circuits that make up the Lamborghini Super Trofeo championship all over the world.  Or maybe you even think of the lovely Uma Thurman instead, the star of Pirelli’s short ‘Mission Zero’ film, which portrays a hectic car chase over the streets of Los Angeles with a Lamborghini Gallardo. Certainly, this famous Italian partnership evokes all of that. But what if the association between Pirelli and Lamborghini were to make you think of bicycles? Well, that would not actually be as strange as it first sounds. Because the young stars of Lamborghini Squadra Corse, who compete in the Lamborghini Super Trofeo series as well as leading GT championships all over the world, have lately had the chance to get a first taste of the brand new range of Pirelli P Zero Velo tyres. This took place when the Italian firm announced its return to the world of pedal bikes at a recent international media launch.

Cycle racing is actually something that Pirelli has been involved in for a number of years, with great success. Going back to 1909, when the very first Giro d’Italia took place, Pirelli was already equipping bicycles. In fact, 30 of the 49 finishers that year completed the arduous race on Pirelli tyres. Among the great cycling champions to have run on Pirelli was also of course the legendary Fausto Coppi, who chose Pirelli tyres for his Bianchi bike.  So, Pirelli’s love affair with bicycle racing is an enduring one and with the company’s sponsorship of the Under 21 class of the Giro d’Italia, it was renewed in earnest this year. Another reminder as well of Pirelli’s key priority to support the careers of promising young talents: on both two and four wheels.

And it is for this very reason that in October as well, during Lamborghini’s second training session, Pirelli and the Italian car constructor will extend their long-standing partnership. Pirelli will not only supply tyres for the Young Driver Programme and GT3 Junior Programme but also tyres for the bicycles that all the young athletes will use for training.  Whether it’s on two or four wheels, and wherever there’s a passion for sport, Lamborghini, and up-and-coming young talents, Pirelli is always present.