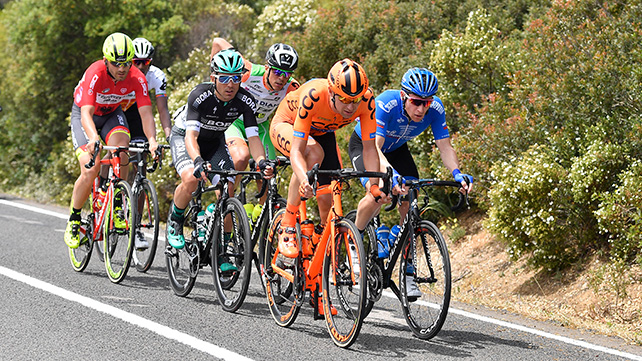 Starting from an island is a counterintuitive concept. You approach the island, if you are good enough you can conquer it, yet it is very difficult to escape. On Alghero’s seaside there is a café called L’ormeggio, the mooring, and another one called L’approdo, the dock; everywhere in the city it is possible to understand that staying in the long and airy bay is something very desirable. It is enjoyable because of the people, and also traditions, folklore and especially the language, a Catalan local variant which has been guarded by the city bastions for over six hundred years. Taking the decision to start from Alghero, a sort of island within an island, is a paradox, especially in an early May day where, instead, the temperature would suggest to look for a place under a palm tree, or a spot by the seashore, and to put off the departure, or even to forget about it forever. However, the Giro d’Italia, Tour of Italy, which has been going for one hundred editions through another paradox, that is the romantic picture consisting of breaking Italy into stages and eventually unifying the country again, managed to begin from Alghero.

In the hottest hour of the hottest spring day, 195 bikes hit the breeze and challenged the paradox. They went beyond the Aragon towers, the geranium on adorned balconies, and even a gas station with the Giro d’Italia’s Hall of Fame printed on the storefront window: 1909 Ganna, 1910 Galetti, and so on, for other 97 rows. The people from Alghero welcomed the Tour of Italy as a pacific invader; they have never been conquered by anyone before, in fact in 1541 the Hapsburg Emperor Charles V, during the visit of the island together with admiral Andrea Doria, proclaimed them todos caballeros. The knights of the 2017 Great Departure were the athletes, and their biblical horses, carbon bicycles. There was also the knight for whom Sardinia was waiting with more desire: Fabio Aru, injured, he gave up the race, but he came and greeted his land. They call him the knight of the four Moors, everyone on the island recognizes his face and attitude. “Look, it’s Fabio”, a girl told her friend. “Let’s go and say hi to Fabio”, said a father enthusiastically to his little child.

Cycling zeroes the distances between the audience and its heroes, and that is even more true on the grid, when the contestants’ mind is free as a May sky. Not without its worries, of course, yet open to the countless possibilities of a twenty first day and 3615 kilometers long race. On the grid the cyclists generally look younger and dramatically thinner, the muscles are relaxed for selfies and autographs. Formolo and Dombrowski were chatting like two teenagers the very first school day, without a single beard hair. Bob Jungels had taken it out in the morning, and now he was properly laying his Luxemburg champion jersey out. Kiryenka is ten years older than him, he looked reluctant to the excitement and the hot weather, and the techno music chosen by the Great Departure deejays was none of his concern: he was leaning up against his bike as it was a wall. He pulled himself together when the rumble of the car on which there was written “CYCLING RACE START” announced that the wait was over; there came whistles, schoolchildren, and women with traditional dresses: nobody wears those dresses anymore, but that was a special occasion, it was a celebration, exception and paradox.

After going beyond the residential area, the group headed north-east, and in the meantime the music faded out and the sea disappeared behind the hills. Then it appeared again on the left, it was difficult to say if it was calmer or bluer, and in the distance the Bonifacio Strait, and other mountains. As the kilometers went on, blocks of granite covered the broom, on the short San Pantaleo climb the rock enormity amplified the routine of the Giro start traditional stages: someone breaks away, the group catches up, and the sprinters fights for the first pink jersey. However, as there is hardly anything classic about starting from an island, the plans had been muddled up by Lukas Pöstlberger, the 25 years old Austrian athlete. He believes in destiny and he studied carpentry, yet he will probably be remembered for that time when he arrived before everybody else one kilometer from Olbia. It was hot, the Giro d’Italia started for the hundredth time, and who knows what the cyclists would be up against. It had a light start, just like a utopia, cool as always.