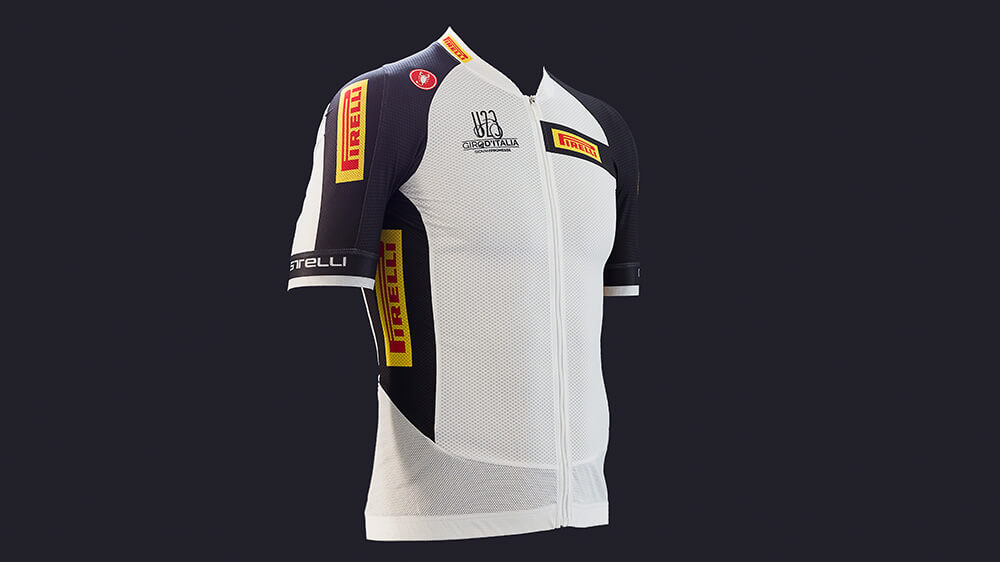 At Giro d’Italia Under 23 the best young rider will wear the Pirelli White Jersey.

Dedicated to the most promising young in this sport and one of the most important races for youth cycling internationally, U23 Giro d'Italia was restored last year after 4 years of absence.

Accepting the invitation from Davide Cassani, organizer and manager of the Italian National Cycling Team, last year Pirelli set up the White Pirelli jersey, which will be worn by the best U20 rider.

It has been designed by the same designer of Valentino Rossi's helmets and is made by Castelli. It features the Pirelli logos on the shoulders, hips and chest.

Devotion to youth is a marriage that has lived for more than 110 years in the sports history of Pirelli. In cycling in particular, attention to young cyclists dates back to the 1950s and 60s when Pirelli set up a Pirelli Grand Prize devoted to young promises in the sport.