Now in its 12th edition, the event reached a new record for the number of amateurs taking part: 5,000. The story of a weekend to remember 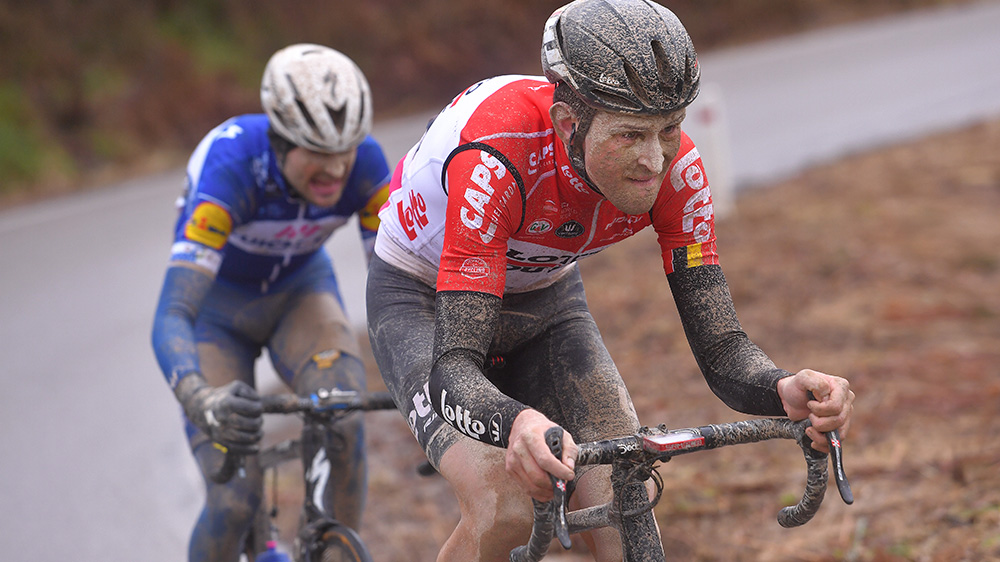 A weekend that was not for the faint hearted, that offered today’s riders a taste of what cycling used to be about. It was the weekend of Strade Bianche, three days of races featuring professionals, women and amateurs in the beautiful province of Siena, the first two of which took place under the rain, in very challenging weather conditions. The professional race, which was organised by Rcs-Gazzetta dello Sport was in its 12th edition and added to World Tour calendar last year, took place over 175 kilometres with eleven “strade bianche” sections of unpaved road with a total length of 63 kilometres,  starting from the Medicea Fortress and finishing in Piazza del Campo, after passing through Montalcino and Lucignano d'Asso, the longest unpaved section in the course at 11.9 kilometres, and Monte Sante Marie, which is dedicated to three-time winner of the race, Fabian Cancellara.

This time, against Michal Kwiatkowski and Peter Sagan, Philippe Gilbert and Moreno Moser, Vincenzo Nibali and Tom Dumoulin, it was Tiesj Benoot who crossed the finishing line first, but the real star of the day was Wout Van Aert, the twenty-three year old Belgian who came to road-racing after competing in cyclo-cross. He finished the race in ninth position despite a painful fall in the last climb up via di Santa Caterina in Siena but had led on the climb to Monte Sante Marie and then broke away from the pack with Romain Bardet when there was still some way to go until Piazza del Campo. It really was quite a way to bounce onto the scene for this young man in his first road-racing season, who won the last three cyclo-cross World Championships, and two World Cups.

The women’s race, which was the inaugural event of this season women’s World Tour, was 106 km long with eight unpaved sections totalling 31.4 kilometres. This race also started in Siena and wound its way back to the city after taking on the San Martino in Grania stretch, the longest unpaved section, spanning 9.5 kilometres. There were twenty-four teams at the starting line-up with big names like Elisa Longo Borghini, Lizzie Armitstead, Pauline Ferrand Prevot, Katarzyna Niewiadoma, Elena Cecchini. The winner was Anna van der Breggen, a Dutch climber from the Boels-Dolmans team, who has won two Giro d'Italia and a gold medal in the women’s road race and bronze in the women’s time-trial at the Rio Olympics in 2016. Van der Breggen made her break- away on the penultimate unpaved section and dropped her arrivals to reach the finishing line alone. Niewiadoma was second, while Italian champion Elisa Longo Borghini was third.

But the most impressive race of them all in terms of participants was the amateur race, with 5,000 people taking part. This was a new record for the race, that on Sunday 4 March had some respite from the bad weather. The riders were split between the Gran Fondo Strade Bianche by Trek (a course of 139 kilometres, with 31.4 km of  “strade bianche” distributed across eight different sections) and a shorter race of 86.6 kilometres with six unpaved sections for a total of 21.6 kilometres. The 5,000 also included the former World and Olympic champion Paolo Bettini and another former World champion, Alessandro Ballan. Now in its third edition, the race is already extremely popular and attracted 800 riders from abroad, representing an impressive thirty-three countries: aside from the Italians they were amateur cyclists from Switzerland, Holland, France, Germany, Denmark, United States, Norway, Poland, Austria, brazil, Canada, San Marino, Latvia, Macedonia, Ireland, Portugal, Sweden, Finland, Qatar, Luxembourg, Malaysia, Malta, Croatia, Slovakia, Swaziland, Bulgaria and United Arab Emirates. The first to cross the finishing line in Piazza del Campo for the Gran Fondo were Tommaso Elettrico for the men and Simona Parente for the women. It was great feast of cycling for everybody, professionals and amateurs in a picturesque and epic setting, made of earth and mud, where the riders’ sweat merged with the driving rain.