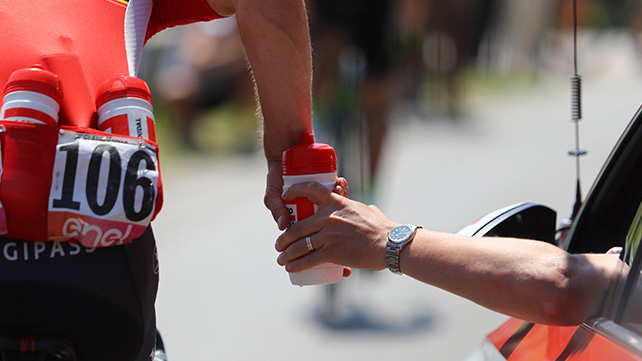 In Valstagna, a group of friends was taking a bath in the Brenta river. Table umbrellas and La Gazzetta dello Sport newspapers were wide open at the bars, ice cubes watering down the typical Spritz drinks and keeping them cool a little longer. Giro d’Italia is near the end, as the approaching Summer would suggest: jackets will no longer do, even here, where the valley splits in two and sultriness arrives from the plain, thus taking a longer way. It normally bounces off the houses along the river, hiding among the pine trees of the peat bogs; today, however, the heat came earlier than the bicycles, making its way through the plateau. The sunlight invaded all the hairpin turns climbing up to Foza, starting from the very first one. Here if someone didn’t have a bicycle they could choose to go up on foot climbing its 4444 steps: it is Italy’s longest stairway and one of the world’s longest ones open to the public. “It’s a dark ascent, dark like a thunderstorm”, wrote Paolo Rumiz. “Steps are so steep, it is exhausting to just name them. The slope follows the left crevice of the valley, thus eliminating 810 m gradient in an instant. It’s called <<Calà del Sasso>>, one of the most amazing works in the Alps.”

However, Giro d’Italia is a road cycling race, so its riders needed to access the plateau on Provincial Road 73, pass by a little chapel with a statue of Our Lady displaying a pink sign that reads “Our Lady greets and blesses the Giro”, and hope it tells the truth. Indeed, the last ascent of the 100th edition of Giro d’Italia is 14-kilometre-long with an average 6.7% gradient, its reputation being the scariest thing for race climbers. The last ascent of the Giro is like a one-shot test, the last Risk dice roll, or the penalty shoot-outs after extra-time. Riders climbed the Etna, the Blockhaus, the Stelvio and the Pordoi, but they decided to settle their scores on the uphill road from Valstagna to Foza, where girls were getting a suntan lying on the grass, a man was wearing a wolf mask and several Alpine troops were carrying out their duties enthusiastically.

Upon close examination, however, the difficulty to define the winner of the Giro is more of a need, as it depends on the balance of forces governing relations between captains. Twenty racing days did not establish an unsurpassed supremacy: the overall lead could easily change, thus giving anyone the chance to win, for the end of the Giro set an unstable limit between success and failure - somehow recalling the unstable phone signal along the hairpin bends of Foza. Riders’ legs that never hurt before could start revolting against them at short notice because legs are strong and resistant but have an excellent memory, too. They perfectly remember all the tortures inflicted on them, from the very first Multeddu climb on 5 May to the never-ending Monte Grappa - which has been climbed a few minutes ago, with riders surrounded by vineyards and BBQs as opposed to the sacred silence of the military mausoleum up above. When they finally reached the plateau, they could enjoy its breathtaking views. The Foza climb and the final stretch towards Asiago had no impact on the race because the riders didn’t hesitate - it is not possible on the last climb - and their legs remained silent. No one sprinted, no one underwent a crisis.

Five of them tried to distance Tom Dumoulin to gain seconds on the Dutch rider, as everyone thinks he will try to recover in the last stage. They tried to distance him, thus gaining 15 seconds, the right amount of time for Quintana and Nibali to hope of keeping their lead up to the Milan Cathedral and for Dumoulin - right behind them - to beat them.  Stage 20 of the Giro finished in the city of Mario Rigoni Stern, the author of “The Sergeant in the Snow”, his first work, and “L’ultima partita a carte” (The last card game), one of his last novels. The last card game in the Corsa Rosa should have been played in the Pordenone-Asiago stage; it will be played in the Milan’s final time trial instead. Giro d’Italia is near the end but, looking at the classification, it might not have started yet.