Home Race The path to awareness

The path to awareness

Review of the 10th stage of the Giro d’Italia 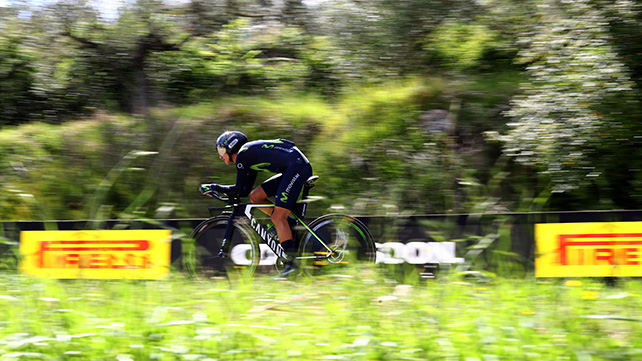 On the 29th of May 2008, the Foligno Municipal Council passed a resolution recognising that the centre of the world is to be found at the crossroads between Corso Cavour and Via Mazzini – that exact spot, and nowhere else, let there be no misunderstanding! The old centre of this Umbrian city is traditionally held to be “lu centru de lu munnu” [the centre of the world] on account of its lying bang in the middle of Italy, Italy being at the heart of the Mediterranean, the sea that was once considered the centre of everything. Things are very different today: Italy is no longer at the heart of many things, not even cycling: the 10th stage in the hundredth edition of the Giro d'Italia started in Foligno with a Colombian wearing the pink jersey and a Dutch rider tipped to take it from him at the finish line. The Italians have yet to win a stage, having failed to do so in Sardinia or during the climb from Cefalù to Etna. This, the 10th stage, marked the exact middle of the Giro and Italian hopes lay in the second half of the race, as witnessed by Nibali's recovery and young Formolo’s progress. Concrete, realistic wishes, but not fulfilled in Umbria.

The Umbrian stage was an individual time trial, i.e. one of those days when cycling stops being a team sport disguised as an individual sport and becomes a truly individual sport. Each rider vies against all the others, racing against the clock, hoping to improve his ranking. Thus, could those who have slipped down the rankings regain a central position in Foligno, or Geraint Thomas make up those five minutes he lost on Blockhaus? An ITT simply means that you are out there, on your own, setting off one at a time and doing the simplest thing you could possibly do in a race: time your performance and try to be the fastest. However, it is not quite as simple as that: there are many factors involved if you want to get a fast time in a 40 km / 50 minute time trial. Usain Bolt’s explosive power does not apply here: those cyclists who specialise in time trials combine the jousting skills of medieval knights with the simplicity of spirit of a Franciscan preacher. You have to be able to appreciate silence and then recreate this in the midst of all the hustle and bustle of the festive crowd if you want to get a good time. It involves a lot of introspection to be able to still the chaos of your emotions and turn these into something majestic, as happened in Piazza Silvestri in Bevagna.

Tom Dumoulin, 27, has done this: he has taken his naturally athletic, graceful body and turned it into a cycling machine. Watching Dumoulin during a time trial gives us the same impression that we get on gazing at the Clitunno flood plain from one of the panoramic viewpoints in Montefalco: each turn of the pedal is like an olive tree planted in just the right spot, delighting the eye and bringing forth fruit. Dumoulin is as ‘crisp’ and harmonious as a glass of Sagrantino, the ideal wine to accompany game, namely all his opponents at the end of the tenth stage. Dumoulin has said that, if asked which stage would most likely suit him best, it would be Foligno-Montefalco, and this has turned out to be true: he outstripped them all. The actual times were less predictable: in Umbria the butterfly of Maastricht gained almost 3 minutes on Quintana and took the pink jersey. He needs to keep up the pressure, however, right up to the end of the Giro d'Italia, as does his Colombian team-mate, not to mention Nibali, Pinot and Mollema. His show of force will now spur his rivals into action over the next ten days, which are likely to be full of traps and ambushes. The climbers will try to provoke him and so get him into trouble, but Dumoulin has changed his outlook: at the start of this year’s race he said “Winning the Giro is normally out of my reach”, but now, on the strength of his performance in Foligno – the city where St. Francis of Assisi renounced all his wealth and chose poverty – the elegant Dutchman has put aside his modesty and, fully aware of his potential, intends to “fight to the end”.