A day in the celebrated Pirelli laboratory in the Bicocca district of Milan, where state of the art tyres have been developed and studied for over a century 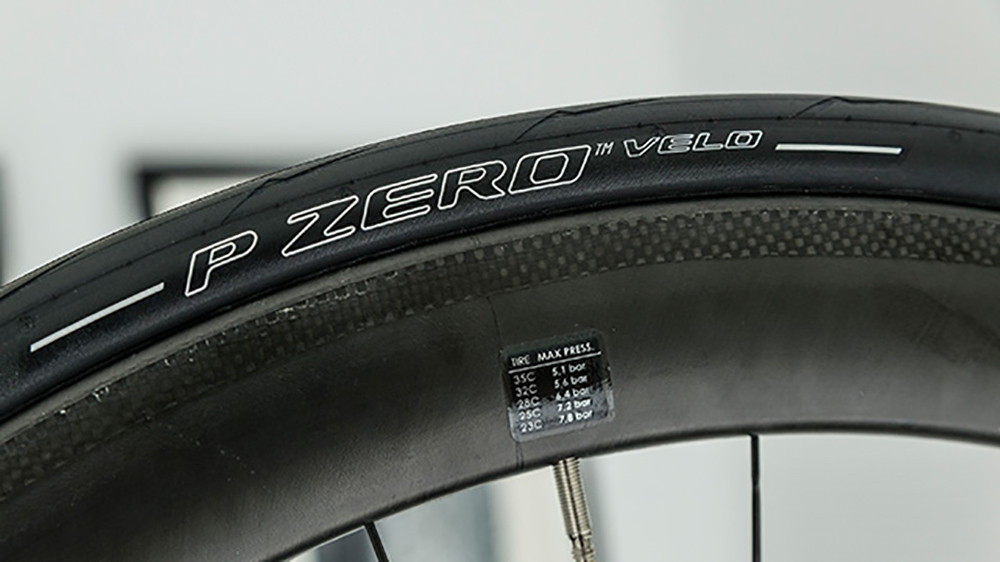 The new Pirelli factory at Bicocca, in Milan, was illustrated in a delicate drawing on the cover of the June 1912 issue of the Rivista Mensile del Touring Club Italiano by Mario Stroppa. Under a blue and calm sky, the company’s buildings contrast as a geometric block that spreads out between the railway and the countryside in what was a remote suburb of Milan. The square, light buildings are decorated with chimneys. The tallest, on the right, looks like the mouth of a volcano: a tall column of smoke rises towards what appear to be stars, almost touching the insert that says: “Where Pirelli tyres are made”.

105 years on from that illustration by Stoppa, the Pirelli buildings are right in the middle of a modern zone, between via Sarca and via Chiese, and between the University and the Niguarda hospital, the Collina dei Ciliegi park, and the Arcimboldi Theatre. On a hot afternoon in June, the Pirelli Foundation opens its doors to the world’s press for the presentation of the latest innovative production from the company. The new P Zero Velo tyres are both a voyage of tradition and a trip to the future.

With a wink to the glorious past, they bring Pirelli into the world of cycling, which, at the time of Stroppa’s illustration was one of the main directions of the company: founded in 1872, at the beginning of the twentieth century Pirelli & C. began to exploit the know-how acquired in producing drive belts and rubber couplings in order to produce their own version of bicycle tyres. Tyres had been introduced a couple of decades earlier, and had marked the turning point for the worldwide popularity of the strange mode of transport known as the velocipede.

The bicycle had been invented in 1817 by German baron Karl Drais von Sauerbronn, whose ingenious idea it was to create a mechanical horse on two wheels as a solution to the existential crisis that had been happening in Europe for the past two years. In 1815, the Indonesian volcano  Tambora violently exploded, and the huge plume of ash reached the northern hemisphere, filtering the sun’s rays and lowering temperatures. 1816 was the ‘year without summer’: serious famine was felt across Europe and, in Germany as much as anywhere else, horses were being killed for food.

Therefore a new mode of transport was needed, and the proto-bicycle was Karl Drais’ solution. His first foray on a bicycle was on June 12, 1817, travelling between Mannheim and Schwetzingen and back, a total of 15 kilometres. Unfortunately, the baron was unable to enjoy the success of his invention: he died poor and ridiculed by many, although his bicycle only needed two fundamental adjustments: firstly, the pedals, secondly, the tyres.

Today, the P Zero Velo tyres, introduced exactly 200 years from the invention of the velocipede, are a direct evolution of the models that allowed the first bicycles to explore the dusty roads of the Giro d’Italia and the Tour de France. The company lends its long experience to  cyclists, with a view to the future.

In this tyre we bring together Superbikes and Formula 1, test circuits, open roads and, above all, the laboratories at Bicocca, the ones drawn by Mario Stroppa and today open to the press: to their pens, but not to their smartphones. Photos are not allowed in the Pirelli laboratories. In this place where tyres are developed and tested: top-secret prototypes are worked on here; their images, sounds, and smells can only be recreated in their heads or drawn in their notebooks.

Rereading their notes after their guided tour will be like going back to the chemistry labs, where rubber is like liquorice, and dozens of cans of diverse substances are piled onto the central table. Scientists study the characteristics of the fusion: this revolutionary idea, called SmartNet Silica™, means that the nano-particles are intelligent, form a network, and join together with other elements of the mix. You can see this in another room, through powerful microscopes and via x-rays explained by a lab-coated employee: the new silicon molecules are elongated and disposed longitudinally, predisposed for elasticity and smooth flow.

In the stability test room, a machine silently pierces a piece of rubber, and the colours of the monitor reveal that the new mix has twice the resistance to puncture as traditional tyres. We continue downstairs. In the basement, the rubber met fire: it was vulcanised, and became the band on which adventures and journeys are made. It has a stronger smell. The tyres are tested by huge arms that bend and pull them, subjecting them to stress, while forcing acceleration on a surrogate road that rolls like a conveyor belt. Other tests are carried out a long way away, on the slopes of Etna, where the smell of the rubber contrasts with that of lemons, and the grip is tested on basalt and calciferous asphalts.

The P Zero Velo tyres emerge from the Bicocca buildings, and go out in the world after passing tests of fire and water, after passing the trials of Vulcan and Neptune. They follow in the path of the first bicycles, applying over a century’s worth of experience, bringing them bang up to date and projected towards the future, promising to perfect the partnership between man and the bicycle, between the best machine ever made and his best invention ever.