European Championships in Berlin. 328 athletes and 28 nations. Great Britain, France and Russia are the teams to beat. Italy, without Viviani, is going for gold in the pursuit 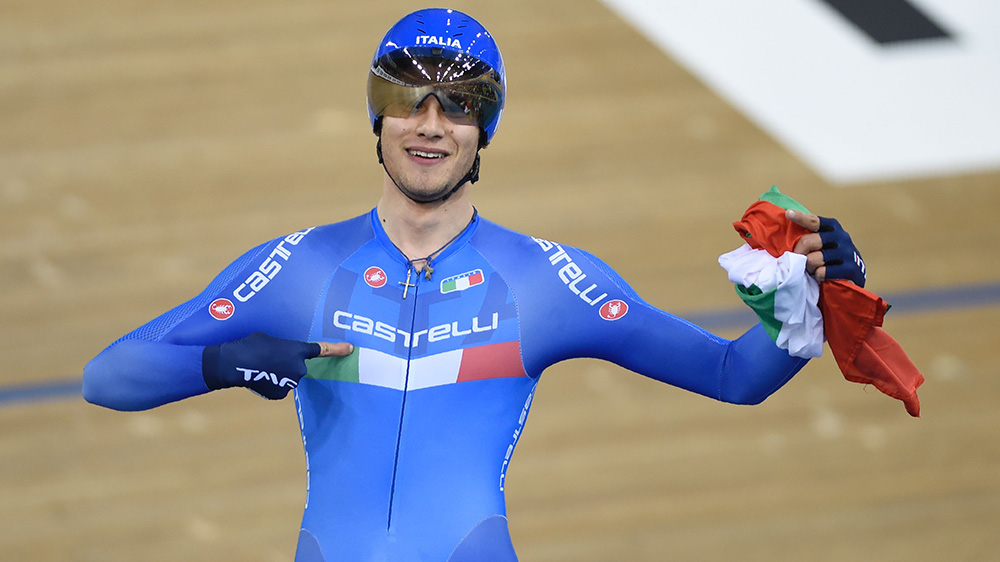 Berlin is ready to host the Elite-Stayer 2017 European Championships. From the 18th to the 22nd of October, 328 athletes from no fewer than 28 different nations will race at the Velodrom in the German capital to lay claim to the title as the best in Europe. With twelve specialties, 23 titles up for grabs and a start line that, despite the absence of most of the Olympic champions from Rio and those who have just finished the road season, still features many fine athletes.

There will be no Elia Viviani , twice European Omnium champion (2014 and 2015) before winning Olympic gold at Rio 2016 to represent Italy, while Jason Kenny (six Olympic titles, three of which in Brazil), has recently married and become a father, has opted to take a sabbatical. Sir Bradley Wiggins, too, will be missing, having recently retired. Nevertheless, Great Britain remains one of the nations to beat, with two-thirds of its gold medal Sprint team from the last Games and Katie Archibald, the current Omnium and Pursuit European Champion and Team Pursuit gold medallist at Rio.

The line-up also includes the French and Russian teams, who dominated the 2016 edition after a less than brilliant performance in Rio. France has virtually the same Pursuit team as last year, winners at Saint-Quentin-en-Yvelines, with the sole exception of Sylvain Chavanel. Corentin Ermenault and Filippo Ganna will again fight it out, the Italian having to settle for silver last year in both the Team and Individual races. Germany, this year’s host, will aim to forget its meagre performance in 2016 (no gold medals, two silver and one bronze), trusting in Kristina Vogel, Individual gold and Team bronze medals in the Sprint at Rio. Italy hopes to win gold again in both Men and Women Pursuit, with the same four European champions.

The Berlin Velodrom was built by the French architect Dominique Perrault and has replaced the Werner-Seelenbinder-Halle as Germany’s top cycling track since 1997. Designed for Berlin’s Olympic bid for the 2000 Olympic Games (won by Sydney), this facility hosted the European Championships in 1997, the World Cup in 1998 and the World Championships in 1999, as well as 20 editions of the Six-Day races in Berlin. The oval track is made from Siberian Spruce, is 250 metres long and 7.46 feet wide with banking of 45.1 degrees. Suitable for all events, including the breathtaking Stayer races, where cyclists are paced by a motorbike that shelters them from the wind and can reach speeds of up to 85 km/h.

The 2017 Championships start on Wednesday, the 18th of October, with the team pursuit qualifiers, the first medals coming the next day with the finals of the women's Elimination event, the men’s Scratch Race, two Team Pursuits and two Team Sprints. The races end on Sunday, the 22nd of October with the Men’s Keirin final.