Biking South
of the Equator

Across Patagonia, along the coast of South Africa or on the island of Tasmania: these are the places that should not be missed in the Southern Hemisphere 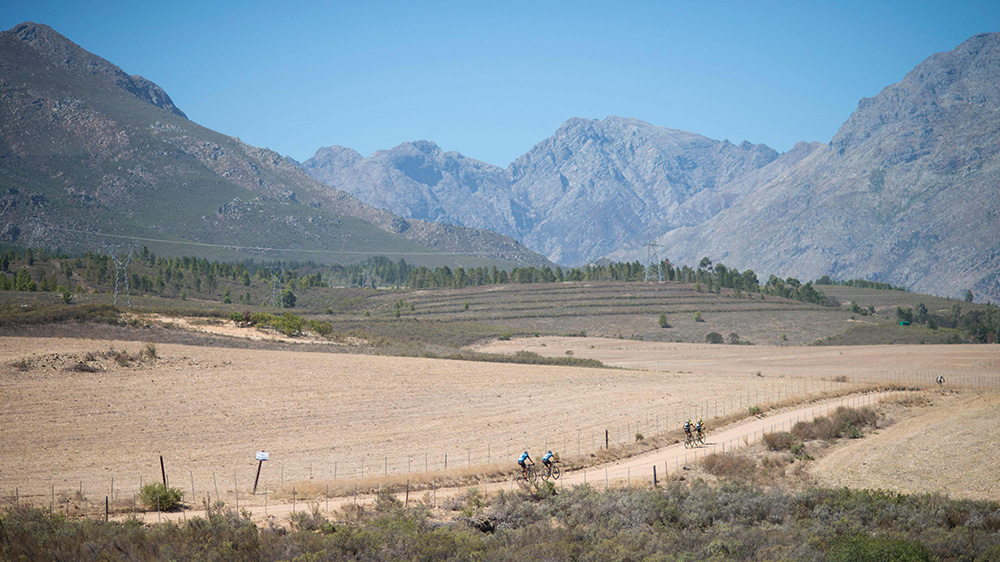 The frigid cold, the first snow and the Christmas lights dotting the city are the signs ardent bicycle travellers are waiting for.  Because it’s time to get on the road. Destination: The Southern Hemisphere, where the seasons are reversed. Summer goes from December to March and is the ideal time to discover the most pristine places on earth, right from the seat of a bicycle. South America, South Africa, and Oceania all have breath-taking landscapes, wild lands and the power to make you feel like you are at the end of the earth. Everything is obviously bicycle-friendly, whether you are a professional or just love biking. Here are three itineraries south of the equator that will stay with you for a long time.

Patagonia, along the Carretera Austral and National Route 40
The Carretera Austral crosses the southernmost end of the South American continent: it runs 1,240 kilometres through Chile and Argentina, but you certainly don’t have to travel the whole thing. The road is almost completely unpaved, and you go up and down hills even though they are never very steep. Because of this, mountain bikes are recommended. It is important to have a tent to be prepared for the unexpected, starting with the weather. You may come across everything from highs of 35 °C to long rainy days. If you are ready to go, prepare yourselves for places of rare beauty: uncontaminated lakes in which you can see the reflections of snowy peaks, roaring rivers and ghost towns. Those who prefer to travel on paved roads, can choose National Route 40, which is even longer than the Carretera, coming in at 5,224 kilometres. The road is reminiscent of Route 66, which cuts the United States in half. Clearly, we are talking about journeys that aren’t suitable to those in a hurry, but ideal for those who want to wander around the dozens and dozens of national parks, rivers and Andean mountain passes that reach as high as 5,000 meters. National Route 40 begins in Timon Cruz, in northern Argentina, near the border of Bolivia, and goes down to Tierra del Fuego. You must stop at the Perito Moreno glacier, which is like a postcard capturing all of Patagonia.

South Africa, from lush canyons to awe-inspiring mountains
Topping the crest of the mountain along the southern coast in the seat of a robust mountain bike is a one-of-a-kind experience. You can decide when to stop, but for the bravest, the challenge begins in the far west on the road towards Johannesburg by way of Lesotho, the only city in the entire world that is completely above 1,300 metres. Cycling from Cape Town, the first two stops you must make are relatively close by and easy to reach: Cape of Good Hope and Stellenbosch, the latter is the oldest city in South Africa as well as the capital of wine. But this is only the beginning. Because if you continue down the southern coast, you’ll easily run into one marvel after the other. Starting with the white stretches of sand in Kogel Bay, where the ocean’s waves (the Atlantic, Indian and Antarctic Oceans meet here) will make you truly feel as if you are at the end of the earth. Continuing east, we recommend going out of your way to see the African penguins of Stony Point at Betty’s Bay and the Cape Agulhas National Park, the southernmost point of Africa. From here, going inland, you must see Meiringspoort Waterfall and if you’re brave enough, you can take a dip in the icy but clear green waters. If you miss Europe, you can cycle north towards Johannesburg, and go to Grahamstown and it will feel like you are in Great Britain. Finally, before heading back to town, whether you head to Lesotho or the capital, remember this name: Barkly East. Here you will really need to be prepared. The streets are unpaved and you ride as far as 2,000 metres up. The landscape is majestic and wild, ranging from lush canyons to awe-inspiring mountains. If you look to the sky, you might see a few vultures.

Tasmania, a bicycle-friendly island
About an hour from Melbourne, you can head south to the island of Tasmania. At least 60% of the island is covered in natural parks protected by UNESCO, particularly in the south-west. These are uncontaminated landscapes you can’t visit with a car. You can fly above in a plane or cross on foot. Everything else is bike-friendly. In Hobart, the capital, you can plan any itinerary you want, even with the tourism office, which is very efficient. Wineglass Bay is the most famous spot. Located in the south-east area, it is a heavenly bay with pure white sand and some of the cleanest water in the world (Be careful of the jellyfish!). It is only accessible on foot, and is 200 kilometres east of Hobart. But we suggest biking to the far north, for an itinerary that is almost entirely flat. Leaving Launceston, the second largest city in Tasmania, stop inland at Cradle Mountain. The mountains and lakes of the park are inhabited by wombats (you’ll want to pick one up, but don’t do it) and platypuses. Heading up the coast, if you are lucky, you may find a pleasant Mediterranean climate (with highs of 25 °C in summer). On paved roads, Penguin is a must-see, where from October to April, you can see Tasmanian Little Penguins. There are many cities in which you can stay to break up the journey (just a bit more than 200 kilometres) between Devonport, Burnie and Wynyard, all port or fishing towns. And the final destination? Stanley, a strip of land with 500 residents, is populated by wallabies and pademelons, which are similar to kangaroos but are much smaller. The land is surrounded by two gigantic beaches in the form of a half moon and features the core of an extinct volcano called “The Nut.” Its peak reaches 143 meters, which you can get to on foot. And the view will take your breath away. There are two restaurants in Stanley. One serves “bruschetta”. But be warned, it’s a loaf of bread with butter on the side.