There’s more to the Swiss city than the Motor Show (opening on March 8). There’s the Tour du Lac and the Jurasüd-fuss-Route; the Marais de la Versoix nature reserve and the view of Mont Blanc: stunning landscapes best enjoyed from the saddle of a bicycle 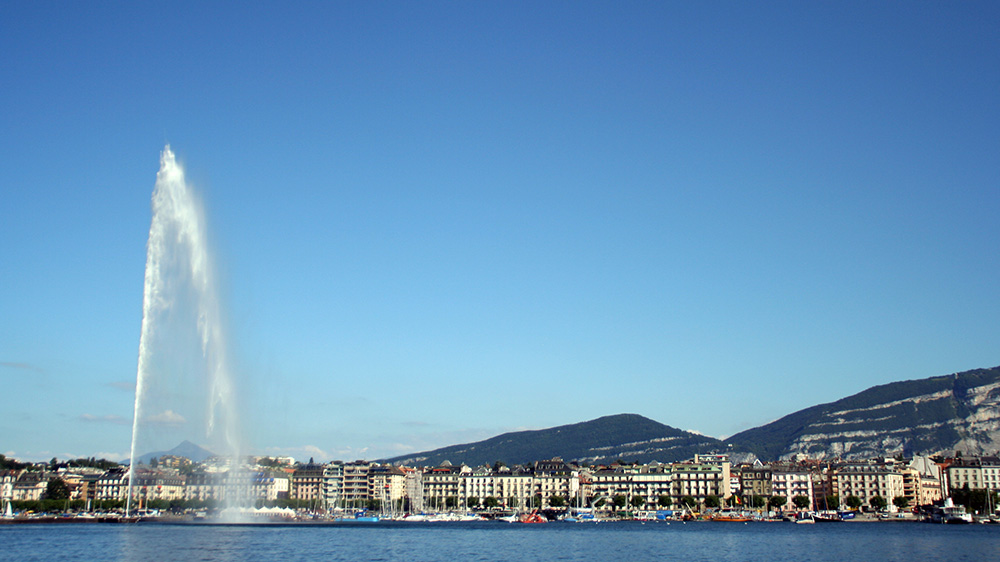 From March 8 through 18, Geneva becomes the world’s automobile capital with its annual Motor Show: a great opportunity to find out what’s new in the world of cars, but also a great excuse to enjoy the beauty of the city and the landscape around it, possibly by taking advantage of the area’s many cycling routes.

The best-known route is without doubt the Tour du Lac Léman, the oldest classic route apart from Milan-Turin, run between 1879 and 2005 around Lake Geneva, the biggest natural lake in the Alps. 176 kilometres around the lake, reflecting the mountain peaks around it. 176 kilometres on flat land, but also uphill and downhill, slowly travelling through cities and countryside. It’s best to go around the lake clockwise, starting with the leg from Hermance to Geneva, 17 kilometres on paved roads, climbing 100 metres up and then down again, starting in a small village, heading into the countryside and then into the city to enjoy the beautiful Jet d'Eau, a symbolic fountain that shoots water 100 metres into the air. The second leg, starting in Geneva, is definitely more difficult: 58 km with a 520 metre elevation gain and loss, travelling all around the lake, starting in the city and leaving it behind via the villages of Nyon and Rolle to come to Morges. The tour goes on to Montreaux, capital of jazz, and ends in Saint-Gingolph.

Lake Geneva drains into the Rhone, where one of Europe’s longest and most fascinating cycling paths is located, the Via Rhôna. The tour starts in Lake Geneva, with two legs passing through the city. The first starts in Morges and arrives in Geneva, 58 kilometres, medium difficulty, through the terraced vineyards of La Côte to the city, leaving it behind for the eighth leg, 27 kilometres, leaving the lake behind and following the river to Chancy, on the French border, 700 kilometres from the mouth of the Rhone.

The Jurasüdfuss-Route also passes through Geneva. Its fifth leg starts in Bière, a small village of 1,551 which is home to the Swiss army’s biggest parade ground, and travels 60 kilometres with a 600 metre climb and a 900 metre descent into the city of Salone, after passing by views of Mont Blanc and the Marais de la Versoix nature reserve.

Shorter trips take cyclists from Geneva to Satigny (10 kilometres on an urban route amidst plane trees to the foot of the French Jura Mountains, crossing the region’s industrial towns), Geneva-Sézenove (another 10 kilometres through a variety of landscapes with houses and rivers, after crossing the Seujet footbridge and enjoying the view of the Aire plains from above) and the Geneva-Salève (7 kilometres starting at the Bastions and continuing to the Salève peak, putting your bicycle on the cableway to enjoy the panorama from a world-famous viewpoint.