Home Road The Bikes to come

The Bikes to come

Batteries in the seat, super-intelligent GPS and spokeless wheels: take a journey through the projects that will shape the bicycles of the future 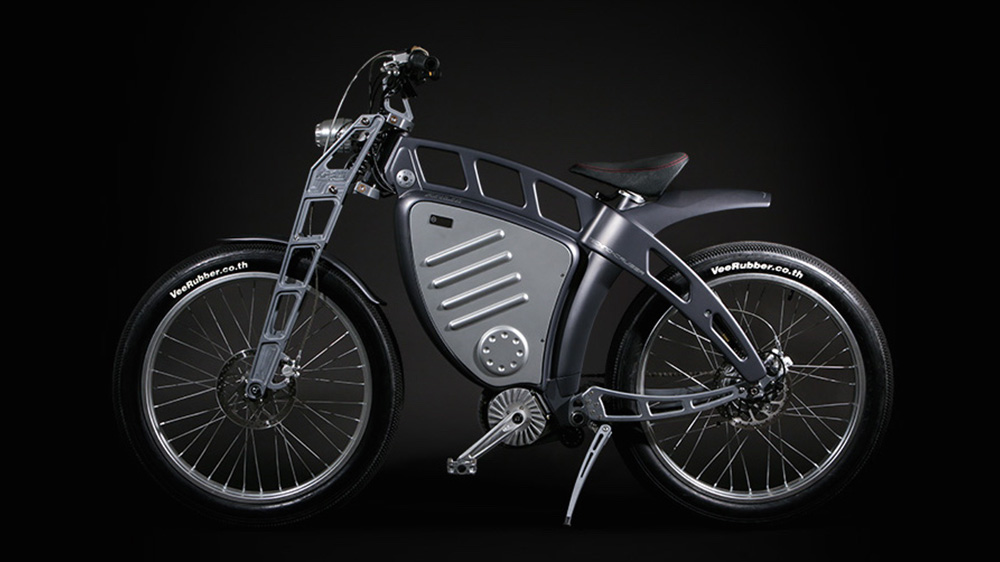 It was just an April Fool’s joke but many people fell for it. So much so that the video has been viewed by over five million people. We have Google Netherland to thank for the video of a self-driving bicycle that pedals and rides by itself, which went viral on the web a year and a half ago. It was all a hoax. Just so we’re clear from the outset, a bike with this kind of technology does not exist.

In fact, there isn’t even any need for it. After all, the bicycle of the future already exists. In fact, it's everywhere, in a myriad of forms: from foldable bikes, so light you can carry them on your back and take them on public transport, occupying the same amount of space as a sports bag or even an umbrella, to bikes with assisted pedalling, otherwise known as e-bikes, the market for which only continues to grow. According to research by Legambiente, in the last ten years Italy has gone from having 98,000 to 1,357,000 bikes, while sales increased by 120% compared to the previous year in 2016 alone. Yet these are just a couple of examples of how cycling is changing. Research into science applied to two-wheelers will never end. We’ll most likely have to wait a few years for self-driving bikes, but this doesn't mean that continually-evolving projects don't exist which are able to drive the research towards new goals, regarding design, safety and technology in particular.

It is well known that Italy is second to none when it comes to design. With this in mind, two young men from Savona, Alessio Rebagliati and Alessandro Giusto, recently lodged their own patent for building bespoke bikes with a customisable monocoque carbon frame, otherwise known as: "Ego Cycles”. It represents the perfect fusion between high performance – guaranteed by the carbon in terms of flexibility, lightness and solidity (and thus high tech) – and the possibility to fully customise the bike, all at an affordable price of course. The project is still at the development stage, however a first funding drive has already been completed to begin large-scale manufacturing and the first models could be on sale from as early as next July. The “Bike for Two” project, created by a prestigious Dutch university, is a little less advanced in terms of technology and design, but it will undoubtedly attract the interest of a good segment of the market. This bicycle’s most distinguishing feature is its elongated seat which makes it perfect for two. This brainchild of a Russian student also has an in-built footrest, a sturdy kickstand (because sitting two to a seat is never easy) and a hidden battery of course, as this is not a tandem bike and so the “driver” would have to do all the pedalling otherwise.

On the other hand, the presence of the batteries is no longer a surprise. This is because design and technology are also – and particularly – moving towards e-bikes, as they currently represent one of the most flourishing markets in the bicycle world. For many people, it is quite simply the bike of the future and various prototypes with specific characteristics are being studied. Others include a Swiss team that has invented a model that features an engine which accumulates brake energy when going downhill that would otherwise be lost, storing it and sending it to the wheels, while a bike with a removable seat featuring an in-built rechargeable battery is being developed in London. This is an effective way to prevent theft and make it easier to recharge your e-bike. However, for people who are cyclists at heart, yet have always dreamed of being able to ride a motorbike at least once in their lives, at EICMA 2017 an Italian company called Arlix introduced the world’s first crossover bike: a creation that is half way between a bike and the classic motorcycle. In addition to its rather bold design, which makes it much closer to a motorcycle than a bike, this technological gem comes with a variable trim device. In other words: the position of the cycler can be adjusted depending on the route, with the aim of maximising the cyclist’s comfort as much as possible.

Another important feature is safety, which is increasingly computerised and applied to the very bikes themselves. This means intelligent GPS, able to warn cyclists about wet asphalt or holes in the road, capable of forecasting rain and pointing out a vehicle six meters away. Last year the Diavelo was presented in Denmark, complete with automatic lighting, fog light included, and optional features, such as assisted pedalling and an odometer that can be managed from your mobile, which is why there is a special phone compartment to hold it and keep it completely safe. Indeed, in all likelihood, it is via smartphones that the humble bicycle will achieve maximum comfort and performance. For example, special sensors on the pedals could connect right to your phone via specific apps, communicating the kilometres travelled, heart rate and calories burned by the cyclist, all in real time.

The definitive evolution of all this just may be the Cyclotron prototype, the perfect combination between an e-bike, technology and design, as well as the very first smart bike. A carbon fibre frame and weighing up 12 kg with no break wires or chain or spokes on the wheels. Instead of the inner tubes, there is a rotating material made from solid polymer. Integrated LED lighting is on the mudguards, there are up to 18 automatic gears and GPS and internet connections. It may be, I said. This is because the USA-based project has been delayed several times, pushing back its release date, despite raising over $200,000 on Kickstarter. The first date was set for June 2017, yet today the official site gives a new deadline: April 2018. In the meantime, people who just cannot go without this kind of bike can look to China, where the Le Syvrac has recently hit the market, a bike that is connected 24/7. The design isn't futuristic like that of the Cyclotron, but it comes with a 3.97-inch Android display and 4 GB of RAM embedded in the frame, as well as a heartbeat monitor in the handlebars, and a walkie talkie button to chat with friends. You can also surf the web, listen to music and find maps and it features in-built automatic lights on the front and back and an app to find out your position and – a big fat chain for tying it up. At the moment, this little gem will set you back $800 - $6,000.