The E-bike revolution
has arrived

A 2016 report by McKinsey spoke of a market at the “point of no return”. Against a background of big brand innovation and now firmly-established trends, here is the point where we really are 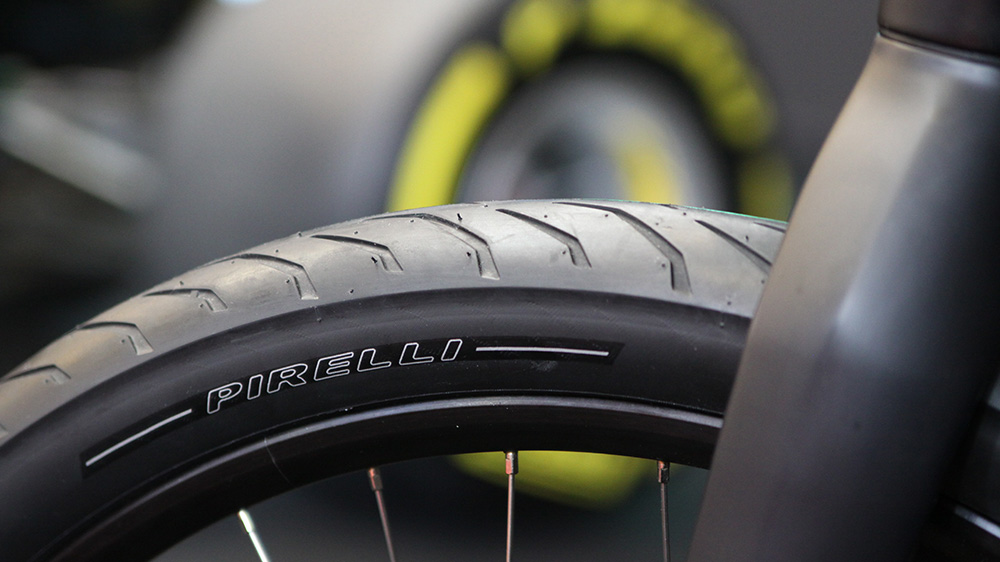 In 2016, in a report entitled “An Integrated Perspective of the Future of Mobility”, McKinsey and Bloomberg New Energy described the future of sustainable mobility as being at a point of no return. Research suggested that electric cars were destined to account for 60% of traffic in large urban centres by 2030, encouraged by new emissions legislation, increasingly cheaper technology and a growth in consumer awareness. Two years after the publication of the report this process continues and, in a recent meeting held at the Wired Trends event in Milan, the Ipsos researcher Enrico Billi stated that «a virtuous cycle has been triggered in which companies have decided to ride the wave of modern transformation, driven by attention to the environment». A virtuous cycle that involves both governments and the public, with increasing attention being paid to the theme, and that latches on to new trends in shared mobility (car sharing, car-pooling and even bike sharing) and technology. According to Billi, it is symptomatic that «only 2% of adults are satisfied with the motor car in its current form, whereas nearly everybody has some reason for concern».

It is against this background that the evolution of e-bikes is also taking place, an increasingly dynamic sector within a bicycle market that in recent years has seen a fall or stagnation in sales even in countries culturally and traditionally inclined towards cycling. According to data published on the statista.com website, worldwide sales of e-bikes are destined to hit 41.3 million units by 2023. Meanwhile the signs are already promising here in 2018. At the end of last year, Bosch eBike System presented a dossier on the current market situation for electric bikes:  «The e-bike sector is developing rapidly – comments CEO  Claus Fleischer - We can realistically predict that, within 10 years, one out of every two bicycles sold on the main European markets will be electric».

A survey conducted by Bosch itself among 5,241 people in Italy, Germany, France, the United Kingdom, the Netherlands and Austria reveals that 10% of respondents already own an e-bike, while 16% are thinking of buying one in the next 12 months. According to Conegi (Confederation of the European Bicycle Industry), 1,667,000 e-bikes were sold across the continent in 2016, a growth of 22% over the previous year. And this figure is constantly increasing, partly due to an ever-growing variety of available models.   Evidence of this is given by a research study carried out by the website e-bike-finder.com, which in 2016 recorded 2,556 different models made by 80 producers, with city or trekking versions heading the list. The Bosch eBike System study mentioned above describes e-bikes as the «expression of a very precise lifestyle in which functionality and design have to coexist in harmony. Aesthetically speaking many current models are difficult to distinguish from conventional bikes, a trend that is influencing all product categories».

The fact that e-bikes are destined to coexist with, or even overtake, traditional bikes is also highlighted by more recent sales data.  In Denmark, for example, total market volume fell 13% between 2015 and 2016, but the e-bike sector grew by 9%. In Sweden electric bicycle sales have doubled in the space of two years, reaching 67,500 units. This boom is also due to the one billion Krona allocated by the government to support the industry, with incentives such as a 25% subsidy - up to a maximum of 10340 Krona - for anybody buying an e-bike.  This is a lead that has already been followed by Norway and is also being studied in the United Kingdom, where e-bikes have so far enjoyed only modest sales growth.

However, the fact that cutting-edge design is not enough to sustain the sustainable mobility revolution on two wheels is confirmed in a study by the German Ministry of Federal Transport and Digital Infrastructure, which found that almost half of those interviewed do not feel safe on their bicycles. This is why new technology is now on its way such as the first e-bike ABS system developed by Bosch, while Pirelli has already launched the Cycl-E, its first tyre designed specifically for electric bicycles combining design, performance and reliability, with a higher resistance to punctures that also makes it perfect for longer out-of-town journeys. But the real challenge lies in the issue of cycle lanes, regarded as insufficient in terms of the number of kilometres covered by 63% of respondents interviewed in another study by the ministry. This is a subject that also directly regards Italy, where against a 2.6% decline in the bicycle market there has been a 120% increase in sales of e-bikes. Here, as in other markets, the theme of sustainable mobility will be central to improvements in air quality, with atmospheric particulates and nitrogen dioxide continuing to exceed permitted thresholds in cities like Rome, Milan, Turin, Florence, Genoa, Naples and Catania.