Home Road The world
as a cycling path

The world
as a cycling path

By 2020, the EuroVelo project aims at connecting more than forty countries through 70,000 kilometres of cycling routes 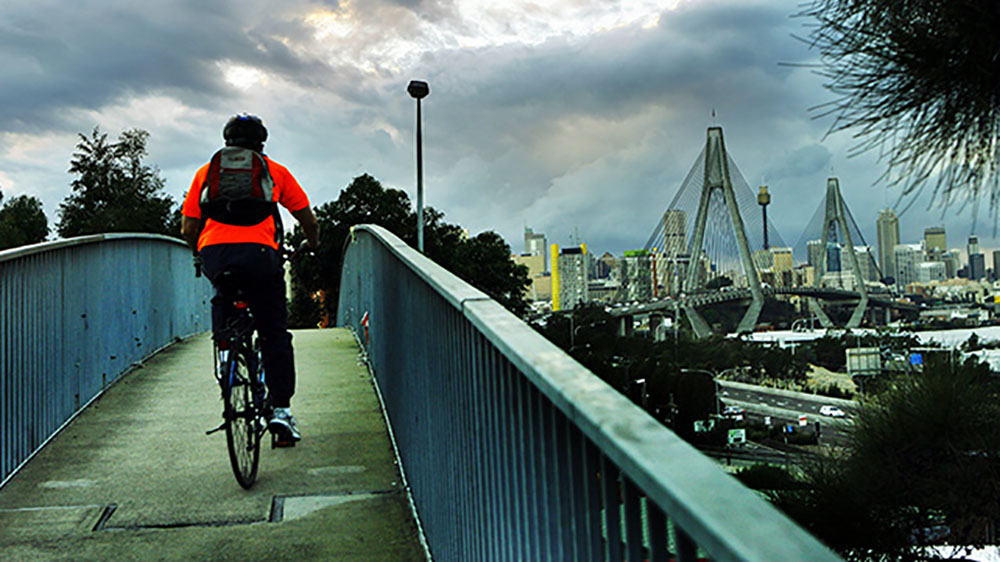 Looked at from above, it looks like a dense network of blood vessels. From the heart of Europe to the Caucasus, and from the sea of Norway to the Peloponnese, it winds up in fifteen arteries, crossing borders and irrigating countries: 42 so far.

EuroVelo is the name of the project developed at continental level since 1995. By 2020, it aims at connecting about 70,000 kilometres of cycling routes - existing ones and new ones to be built or under construction. According to the latest bulletin, 45,000 kilometres had already been completed in 2013, and since then some countries have announced progress on the routes under their responsibility.

France did so with EuroVelo 3, the “Pilgrims Route”, linking Trondheim - the ancient Norwegian capital - to Santiago de Compostela, Spain, and with EuroVelo 8, the “Mediterranean Route”, which defines the French Riviera, cuts through the Po Valley up to Ferrara - the “city of bicycles” - and runs along the Po up to the river mouth.

Here, the 125-km panoramic route linking the enchanting lowland village Stellata to Goro - where the right branch of the river empties into the sea - is one of the most evocative. At every turn of the pedals, the refined heritage of the Este family gives way to the typical fishermen’s buildings dominating the Park of the Po Delta and to unspoilt nature.

Another jewel of the EuroVelo network is the 200 kilometres surrounding the island of Rügen, the largest in Germany. The chalk cliffs painted by Caspar David Friedrich plunge into the Baltic Sea and seem to rise again, though whiter than before, from the neighbouring sea at the foot of Dover, which lies at the crossroads of the “North Sea Cycle Route”. EuroVelo 12 flows then into John O’Groats, Great Britain's northern tip and off-road paradise.

In France, “Loire à Vélo” is an integral part of EuroVelo 6 and unwinds for 800 kilometres from Cuffy to Saint-Brévin Les Pins. It runs along the castles that the trans-Alpine rulers used as summer residences and gives its best in the Loire-Anjou-Touraine natural park surrounding the city of Saumur.

More challenging but equally impressive is the path on EuroVelo 3 that, on the border with Spain, crosses the Pyrenees and leads to Roncesvalles. The AD 778 Battle of Roncevaux Pass was fought here and narrated in the famous chanson de geste. Moreover, at Roncesvalles pilgrims begin their way to Santiago de Compostela, be it on foot or by bicycle.

After all, this is what EuroVelo is all about: breaking borders and pedalling along with people who are no longer strangers. All this, keeping in mind that in the shadow of the fifteen main arteries, outside the EuroVelo's network, equally fascinating though less known capillaries may unwind, where getting lost is a must.

Also in Spain, just 70 km north of Roncesvalles, a 540-km route winds its way from Irun, in the Basque Country, to Luarca, in Asturias, with a view over the Bay of Biscay.

Although little talked about, Cornwall too boosts cliffs and breathtaking panoramic paths (from Mevagissey to Land’s End, following the Roseland Heritage Coast). Similarly, the Italian land where the Po river is born deserves no less attention than the Po Delta. As a matter of fact, between Rochemolles and Claviere, as well as between Thures and Sestriere, the Cottian Alps feature two breathtaking cycling paths, a 50-km and a 38-km one respectively.

France’s highly popular Loire castles risk to overshadow the Châteauneuf-en-Auxois fortress, situated in the homonymous medieval site of Châteauneuf, at the crossroads of a short (44-km-long) but spectacular cycling path. Cutting through the Côte-d'Or De-partment, in Burgundy, this route begins in Beaune and passes by Nantoux and Bessey-en-Chaume.

Two more castles need to be visited in Germany along the 350-km route linking Berchtensgarden, on Lake Königssee, to Lindau, on the Lake Constance. They are Neuschwanstein - which served as the inspiration for a long series of Walt Disney animated films, ranging from Snow White to Sleeping Beauty - and Hohenschwangau, the castle overlooking Neuschwanstein where King Ludwig II of Bavaria spent most of his youth in the 1800s.

Less than 100 kilometres away, there is now the “Rhine Cycle Route” or EuroVelo 15, the most recent one. Getting lost here is almost a must for some people.