Tips for a two-wheel holiday

Where to stay, what to listen to, what to read: a collection of useful information for a nice bike holiday 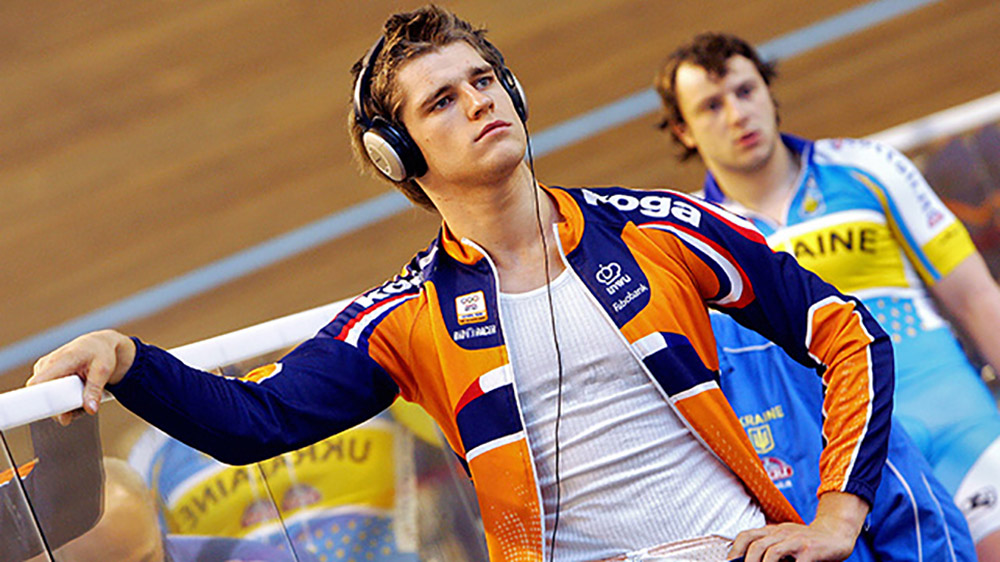 It would be long and pointless to list all the adjectives referred to the bicycle ever since it was invented two hundred years ago. Bicycles are useful and eco-friendly, heroic and joyful, dynamic and prodigious, and so on to infinity, ranging from epic to romanticism, from technology to mechanics. But to name just one adjective that best represents the revolution triggered by the velocipede in our daily life, then it would be necessary - though with some boldness - to talk about versatility, for bicycles are above all versatile. The bicycle brought together the concepts of transportation, leisure and training, thus combining them in one multifaceted silhouette. Riding a bicycle you can go to school and to work, climb the mountains of the Tour de France and the hills around your house. Riding a bicycle - sometimes the same one - you can train for the most challenging competitions in the world and - more often - you can relax going on holiday.

We will now give you some useful tips for a two-wheel holiday, be it true or imaginary, on a road with your bike or suspended between you and the clouds.

WHERE TO STAY - Bike holidays are convenient, clean and growing strongly. Until a few years ago, bike holidays were definitely an alternative and courageous choice for those few willing to face huge logistical difficulties related to bike commuting. Today, (at least a few) things have changed.

The first thing to do when organising a two-wheel holiday is to select the itinerary. Its length and gradient difficulty must be in line with the training level of the riders and their familiarity with cycle tourism. For instance, it is crucial to make sure that the selected itinerary suits all characteristics of one’s own bike (city-bike, racing bike, mountain bike, and so on). This part of the organisation can be established with the support of a website such as bikeitalia.it where, apart from detailed guides for cycle tourism newcomers, a series of strategic maps (Italy’s and international ones) are available for all kinds of bike riders. This makes it easier to verify which part of the itinerary is provided with cycling routes, which part features roads with little traffic, and what kind of road surface - dirt roads or paved ones - there will be.

The second thing to do when organising a bike holiday is to choose the overnight accommodation. In this phase, bikeitalia offers another kind of maps that become very useful. As a matter of fact, some hotels might not appreciate the arrival of tourists with bikes, which is why addressing facilities for cycle tourists is preferable. The so-called bike hotels are bicycle-friendly as they turned the needs of cycle tourists into an economic opportunity.

Here, tourists can bring their bikes into the hotel room or leave them in a secure bike storage room; breakfast times can be adapted to their morning schedules; a special bicycle repair and maintenance area is available as well as a laundry room and a shelf featuring atlases and road maps of the area. In other words, bike hotels are a real heaven for cycle tourists. A list of the Italian bike hotels is available also on bikehotelsitalia.it and italybikehotels.com.

WHAT TO LISTEN TO - Whether or not you decide to spend it riding a bike, summer is a perfect time to listen to music. However, being a true bike rider or an imaginary one can make the difference this time. In particular, the two most popular cycling playlists on Spotify will be useful only if you are a true bike rider: the eccentric Cycling music playlist (34,000 followers) and the classic CYCLING one (21,000 followers). As a matter of fact, both selections are meant for people who don’t really pay much attention to the lyrics while pedalling. They range from Avicii to Calvin Harris, Image Dragons and Fonsi’s songs, the most popular ones in the spin classes all over the world. Although - to the best of our knowledge - these artists never wrote a music ode to the bicycle, some bike riders might find their songs motivational.

But summer means spending time outdoors, in nature, where bicycles gather and inspire poets and musicians. If you fall under this last category and imagine your summer soundtrack like a sequence of songs written for the bicycle more than for bike riders, then we suggest that you choose another kind of playlist. For instance, the Giro d’Italia/Ciclismo playlist features some of the most famous songs of the Corsa Rosa, ranging from Enrico Ruggeri and Paolo Conte to Nomadi and Stadio. In this case, we invite you to make a stop to enjoy both the lyrics and the music.

The ultimate playlist is a rare and precious concept album dedicated to cycling. The only one in Italian is Good-bike by Têtes de Bois: eleven tracks held together by a folk and, at the same time, sought-after tale. The playlist is very intense from the beginning: “Alfonsina e la bici” (Alfonsina and her bicycle) tells the story of Alfonsina Strada, the first and only woman to have raced the Giro d’Italia. The videoclip of the single (2010) was interpreted by Margherita Hack.

Finally, speaking of albums entirely dedicated to the bicycle, Tour de France by Kraftwerk is always a must, especially this year. As a matter of fact, the 104th edition of La Grande Boucle started a few weeks ago in Düsseldorf, the city where the electronic music band - a worldwide reference for this music genre - comes from. The Tour de France album encapsulates all the band's passion for cycling - from all points of view -, it is a blend of man and machine, a continuous electronic flow reminding that of the peloton of cyclists participating in the French stage race. According to the BBC, it is “the ultimate celebration of muscles and titanium”. Well, enjoy your music!

WHAT TO READ - If listening to music is somehow compatible with bike riding, the same cannot be said of reading a book. On the other hand, pedalling requires a specific period of rest to relax mind and body, which is when reading a book would be the perfect choice. After all, cycling is the most literary sport of all and there is no shortage of good books about this topic.

“La corsa” (The race) (Marcos Y Marcos, 2006, 14 euros) by Tim Krabbé is a classic of the two-wheel literature. According to the New Yorker, it is “one of the most persuasive love stories written in recent times”. It is a love story between a man and his bicycle, a race cyclist and his competition, group and nature. It is about a race and has the same obsessive pace of a race. It is short but encompasses tens of different perspectives. It is hard to live without it!

The relationship described by Robert Penn in “It’s all about the bike” (Italian translation: “Ciò che conta è la bicicletta”, Ponte alle Grazie, 2014, 13.60 euros) is as passionate. It draws from the author’s dream to have his own bicycle built and it develops into a historical and geographical journey into one of mankind’s greatest inventions. From California to Milan, and from Portland to Coventry, the book is a pleasant chronicle of the bike’s story with the ambitious aim of telling why we love to ride.

And for those who cannot give up road and epic cycling even in August, the last book by Claudio Gregori will do. “Il corno di Orlando” (Orlando’s horn) (66thand2nd, 2017, 22 euros) is almost an archaeological work, digging the great mystery of Ottavio Bottecchia, Italy’s first winner of Tour de France, who died under mysterious circumstances on a June afternoon during a training session. His book is the final investigation, a historical novel written with the same pathos of a detective novel. It would be extremely difficult to find a better way to embellish your holiday.