Home Road Touring the city with CYCL-e around. The Pirelli tour arrives at Milano Bike City 2019

Touring the city with CYCL-e around. The Pirelli tour arrives at Milano Bike City 2019

Milan is becoming smarter by the day thanks to an array of initiatives for cycling, and they’re even more popular in electric mode. Like the Pirelli architectural tour, scheduled for 20 September 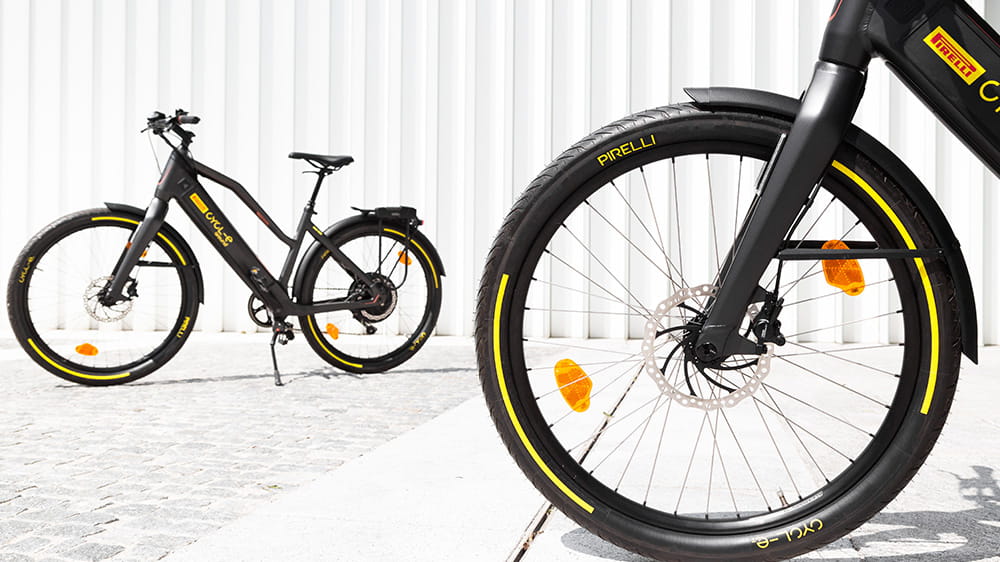 With e-bikes Milan is becoming an even more beautiful, sustainable city. And it's also more welcoming for tourists thanks to a series of initiatives by Milano Bike City from 14 to 22 September. During the day of Friday 20 September the event will also host a guided tour on CYCL-e around e-bikes, the result of a partnership between Pirelli and Italian tourism operator Bike & the City. It's a unique chance to cycle around Milan learning about the places that made 20th Century architectural history, without overlooking the classic historical landmarks like the Duomo or the Sforza Castle.

The e-bikes economy is driven not just by the fact that they are an easier and greener way of getting around town, but also by the strategic boost they give to sustainable tourism - also thanks to the enterprising spirit of companies in Milan's manufacturing hub. Both of these drivers are behind the Italian e-bike market, as the numbers confirm. E-bike sales have tripled since 2015, reaching 148,000 in 2017 (almost 9% of total bicycle sales). This data was published by the National Association of Bicycles and Motorcycles (ANCMA), confirming this country’s strong sensitivity to the theme. Italy is ranked fifth in Europe, where pedal assist has conquered market share above all in Germany, followed by the Netherlands, France and Belgium.

And if e-bikes are becoming increasingly popular in Italy this is also thanks to initiatives by the country’s most forward-thinking municipalities to raise public awareness of sustainable mobility. Milan is certainly one of these municipalities, with the introduction of 630 new bicycles above all in the suburbs. Bicycles are used 18,000 times a day, with 10,000 people preferring the bicycle to other forms of transport on a daily basis. Pedal assist, however, is the ideal solution for longer journeys.

CYCL-e around’s cycling tour of the city sets off from the Ticinese area and takes in Milan’s best-known places: the Galleria, the Central Station and the Pirelli Tower. There is a particular focus on the most innovative localities such as City Life, the symbol of a successful synthesis between urban growth and attention to the environment.

This is just the latest stage of the journey towards sustainable mobility promoted by Pirelli, following the One-Day tour hosted by the same city. While CYCL-e around has chosen the urban environment as its setting, other tours set off in discovery of the mountains. An example of this is the Multi-Day Tour, a 7 or 8-day travelling holiday connecting St.Moritz to Milan or Cortina to Venice. With the Rental in Hotel service, finally, e-bikes can be rented at quality hotels and other selected locations.